While science fiction often portrays Artificial Intelligence (AI) as robots ready to take over the world, developments in the area have led to rather marvellous creations. From SIRI to Amazon to self-driving cars, AI and the brands that adopt it, have not only changed how people interact with each other, but how they interact with the world.

To help us learn more about this sector, we sat down with our resident Artificial Intelligence and Machine Learning expert, Jatin Harribhai.

However, Jatin quickly learnt that Mechatronics encompasses so much more than that. “As I started getting more into it, I wanted to know how I could make the robot learn. It was a pure coincidence. UCT offered Machine Learning. There was no software for it so a lot of the times we had to write our own papers. This planted the seed of interest for me.”

Artificial Intelligence and Machine Learning are two concepts that go together but are different in their own right. Jatin explains:

“AI is an overall topic. It’s inclusive of anything that has the capacity to remember and process things; can learn and understand; and can continuously learn from here. For example, cars with park assist. However, Machine Learning is one of the subsets that falls under AI. Think of it as a school where you train your robots. There’s a little robot that’s living in your computer. He went to Harvard or Stanford and studied not for 4-years but for an hour and has become an expert. So, when you tell the robot ‘Here’s a topic of books that I want you to study in order to pick up things on its own. For example, dogs,’ you need to show it a stack of pictures of dogs. These ‘pictures’ would be the textbook.”

The need for Artificial Intelligence and Machine Learning in the FinTech industry.

FinTech is a growing industry and extends to all businesses in the e-commerce, banking, mobile vending sectors. However, Jatin warns that with exciting opportunities, comes the deeper need for Artificial Intelligence. “Fraud is the biggest driver for AI because you’ve opened yourself up to security risks.” Predicting and protecting risk in the business is what drives Jatin to do what he does.

On the opposite end of the spectrum, Jatin was quick to remind us how far AI can be pushed in the future. “When you go online, you’ll have a specialised chatbot who could be a specialised assistant [he laughs]. The end goal will be that you won’t even need to tell the robot anything – fridges will automatically order the food for you!”

Flash and positioning itself to embrace the future.

Jatin eloquently said, “Flash has allowed itself to venture into areas where they’re willing to learn. Even if these areas fail, they’re willing to come up with another alternative. Flash has really grown because is not limiting itself in its day-to-day stuff. It’s allowing innovation constantly. It allows employees from different backgrounds to innovate and come up with something and allow this to grow to a certain extent. And, if it catches, to foster it to something bigger.”

Jatin noted how Flash has a Google-style of running the business. “Understanding how important the employees are and by growing them, you grow the business. As long as we have these value’s we will remain ahead of the curve.”

Our interview ended with Jatin encouraging people to engage with AI. “The only way to break the fear is it understand AI. Test it. You’ll find that Google Assistant is still learning. Being afraid is a good thing but don’t let it overcome you and stunt your growth.”

So, as long as companies learn to adapt and evolve, AI shouldn’t be that scary. 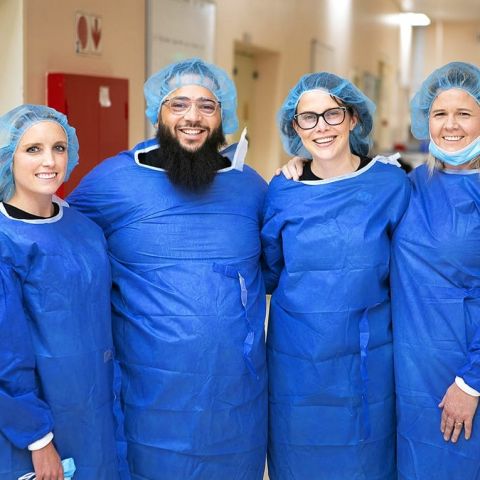